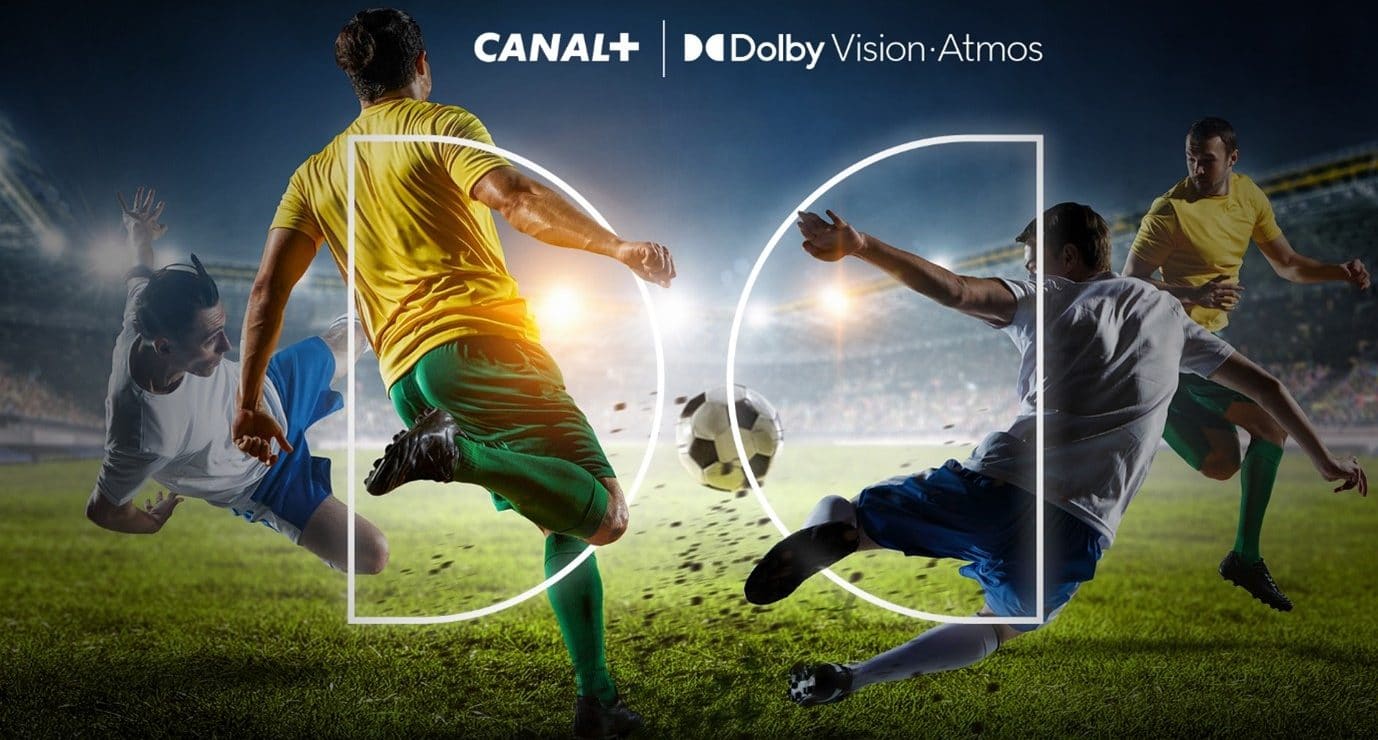 For the first time in France, soccer fans will be able to enjoy an immersive experience thanks to Dolby sound and image technologies. Experience this highly anticipated final as if you were in the stadium!

PARIS, May 25th, 2022 – Dolby is pleased to announce that the UEFA Champions League Final will be streamed live on May 28 in Dolby Atmos® immersive sound and Dolby Vision® in partnership with Ateme and Canal+ on MyCANAL, for the enjoyment of football fans.

CANAL+ is innovating and experimenting by offering for the first time a specific stream in both 4K HDR with Dolby Vision and Dolby Atmos immersive sound (when viewed on compatible Apple and Android devices*). This experience will allow viewers to be at the ‘Stade de France’ and to fully experience all the sensations of the game. The match will be streamed “live” on the channel “CANAL+ Finale UEFA Champions League” (channel 291) which will be available for the event.

The viewers will be able to enjoy a live stream as if they were in the stadium, to be drawn in the action, to fully live the emotion of the match and thus benefit from all the experience offered by Dolby technologies. On the one hand with Dolby Atmos which offers an incredibly immersive, powerful and enveloping sound and on the other hand with Dolby Vision which sublimates the colors and the contrasts to offer lifelike images.

“Dolby partnered with the video-delivery solutions leader Ateme to empower Canal+ with state-of-the-art software supporting low-latency streaming in Dolby Atmos and Dolby Vision, including 8.4.Profile” says Mickael Raulet, CTO of Ateme. “We are delighted to partner with Dolby to bring viewers into the action with an immersive experience close to real time.” he adds.

Anaïs Libolt, Head of Home Entertainment at Dolby France explains “We are very excited about this partnership with CANAL+ and Ateme to define the best way to experience a live sports streaming. For the first time in France, viewers will be able to enjoy a soccer match with the realism and immersion of the stadium, while being at home or on the move. Dolby’s image and sound formats can be adapted to the maximum capability of the home equipment. This flexibility makes the experience accessible to as many people as possible.”

The first revolution in sound since surround sound, Dolby Atmos offers the viewer an exceptional sound experience. This technology creates a rich and realistic sound that completely envelops the viewer, even over the head. The spectator lives the sport and is immersed in the heart of the match! Immersive and moving, Dolby Atmos enables sound that elevates entertainment experiences such as music, movies, podcasts, video games, films and TV series, and of course live sports. It can be found on compatible devices such as TVs, sound bars, home theaters and headphones on mobiles and tablets (binaural sound).

HDR is a technology that reveals more detail in the image, in terms of color shades and contrast between lights and darks. The Dolby Vision HDR technology allows the viewer to see the image as it was designed by the creator, with great fidelity and accuracy. Dolby Vision is used for many movies and TV series, video games, cinema and live sports.

*To enjoy the streaming of this exceptional final, here is the list of compatible equipment:

Dolby Laboratories (NYSE: DLB) is headquartered in San Francisco and has offices around the world. From movies and TV shows to mobile applications, music, sports and games, Dolby transforms the science of sound and vision into exceptional experiences for billions of people around the world. Artists, writers, developers, businesses… we’re working with everyone in the creative world to revolutionize entertainment and communication with Dolby Atmos, Dolby Vision, Dolby Cinema and Dolby.io.

Dolby, Dolby Atmos, Dolby Vision, Dolby Cinema, Dolby.io and the double-D symbol are trademarks or registered trademarks of Dolby Laboratories, Inc. in the United States and/or other countries. Other trademarks are the property of their respective owners.